What makes a Better Food Trader?

The National Food Strategy is soon to release Part Two of its independent review into England’s food system – the first of its kind in 75 years. It aims to identify how the UK can produce food that’s affordable, environmentally enhancing, resilient, and fruitful for the economy at a local level.

We already know that supermarket price-cutting tactics and big agribusiness have grossly exploited farmers and food supply chains and dangerously undermined Britain’s ability to feed its people properly (sustainably, abundantly and ethically). But if we want to combat the massive inadequacies of the current food system – and we do – we need to galvanise the collective mindset. We need positively charged enterprises and engaged communities working together to develop resilient local food networks that are healthier for consumers, producers and the planet.

These ideals shaped our core principles, and we now work with over 39 independent organisations that live these values. But to regain control of our food, we need more partners and more consumers demanding change. So we’re spotlighting a handful of Better Food Traders that are delivering on these promises and proving that smaller can be stronger. 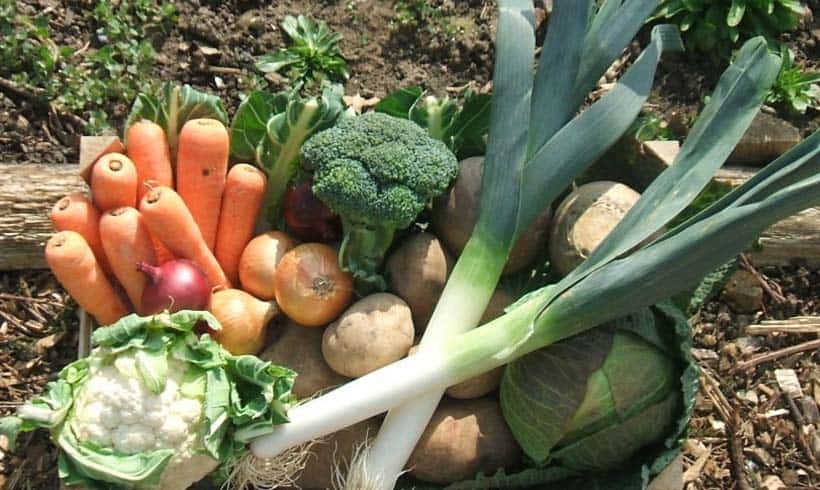 This month, Herne Hill-based Local Greens celebrates ten years of providing South London communities with access to locally grown fresh produce through its sustainable fruit and veg bag scheme. Founded by friends Jean and Terese and run by a handful of employees and volunteers, the not-for-profit shortens the food chain and lessens its ecological footprint by offering a click-and-collect fresh produce service across Lambeth and Southwark. It works in partnership with a network of growers and producers in South East England, all of which are certified organic or pesticide-free.

Local Greens’ mission is to ensure that the food on its customers’ plates is seasonal and sustainably produced, delivered field fresh, and above all else, priced appropriately for both citizens and farmers. By supporting small-scale producers that favour manual, labour-intensive methods required by organic production, Local Greens is helping them empower their communities by creating job opportunities and feeding back into their local economies. 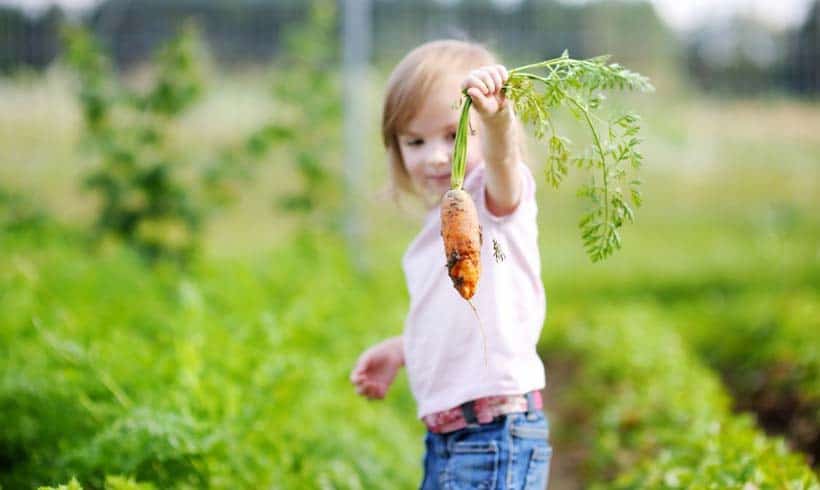 Founded in 2011 under the umbrella of community enterprise Burnley Food Links, Pennine Cropshare promotes access to organic food across the Central and Southern Pennines. Currently housed in Hebden Bridge, the social enterprise – run by a skeleton staff and a team of dedicated volunteers – delivers around 300 locally produced veg bags a week to communities in the area.

Pennine Cropshare also invests in local projects that promote a healthier and more resilient food system. A few of the initiatives currently underway are the Healthy Start Project; a voucher scheme that gives low-income individuals and young families access to fresh local produce, and Calderdale Community Cares; which takes perishable daily leftovers from Cropshare’s veg boxes and redistributes them to the area’s vulnerable. 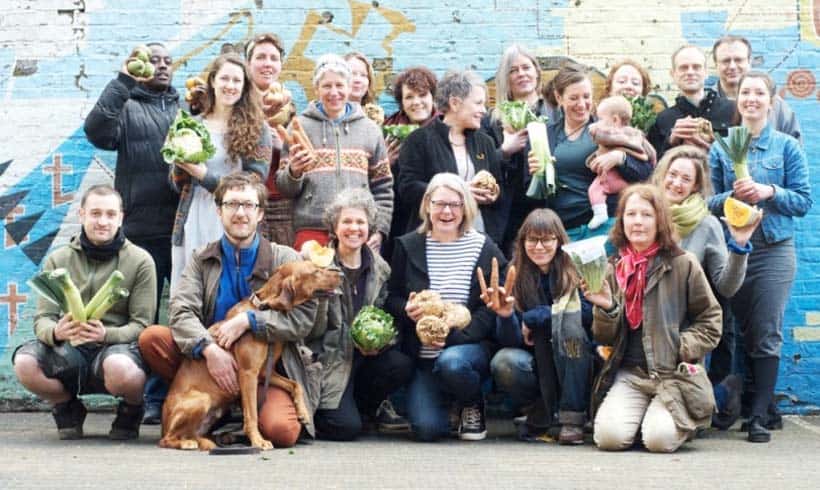 Based in Hackney, North London, Growing Communities has been pioneering an alternative to the broken food system for 25 years, developing the concept of Food Zones that underpins Better Food Traders’ third principle: ‘SOURCING FOOD SUSTAINABLY USING ‘FOOD ZONES’ AS A FRAMEWORK’. Through its veg scheme buying policy, its urban market gardens and its farmers’ market, Growing Communities is helping ethical producers re-localise food production while stimulating locals to get involved in growing food.

Growing Communities collaborates with organisations country-wide that want to enact the same changes, helping them set up their own community initiatives based on the GC model. What’s more, a recent report by the New Economics Foundation found that every £1 spent on organic food produced by Growing Communities generates a £3.70 return for local neighbourhoods, farmers and the planet. If we compare this with research done by the Sustainable Food Trust, which found that there was a £1 hidden cost generated by every £1 spent in the mainstream food system, it’s clear to see why things need to change. 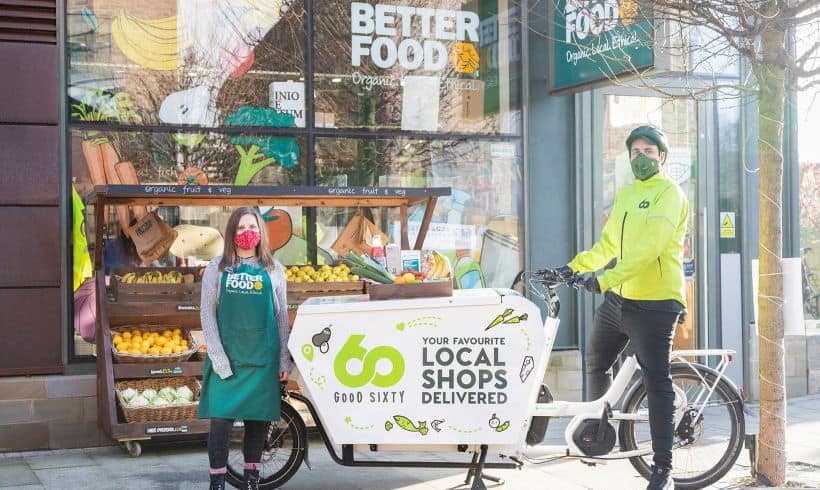 Bristol-based independent retailer and cafe Better Food began its journey 25 years ago from St Werburghs’ famous allotments, with a small-scale veg box scheme. It now employs over 100 staff across three sites, supplying Bristolians with, by and large, locally grown organic produce. Better Food supports dozens of independent suppliers within the city and a burgeoning network of small regional producers. And in doing so, it’s helping to create a stable marketplace for local farmers while establishing a resilient supply chain that can sustain local communities through healthy food and job opportunities.

Better Food runs several neighbourhood projects, including its collaborative Streets to Kitchen campaign, which has raised more than £10,000 and provided cookery courses for those affected by homelessness in the area. 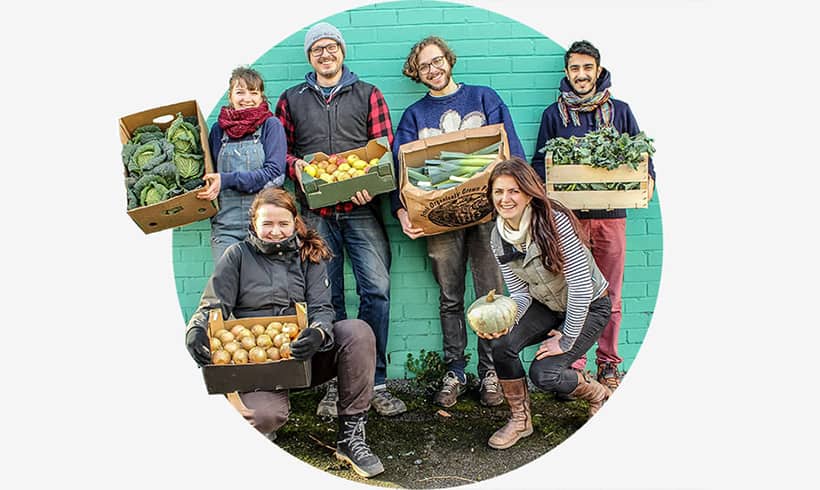 Based in Sheffield, Regather is a community project that aims to create a “mutual local economy” by offering a sustainable veg box service, supporting eco-conscious startups and providing local volunteering and employment opportunities. It sources its produce from regional suppliers and, during the summer months, offers its customers 100% Sheffield-grown boxes.

Regather has spent the past few years developing a 15-acre organic farm and agroforestry project in Sheffield’s Moss Valley. It’s working to establish an orchard, market garden, beehives and polytunnels, the latter of which can support a local-grown system even in the colder months.

Glasgow-based social enterprise Locavore has been developing a sustainable local food network since 2011. During that time, it’s opened a shop, set up three organic farming sites within 10 miles of the city, created an ethical wholesale service and established a regional veg box scheme.

As well as this, Locavore runs initiatives that empower local communities, including its Grow the Grower scheme, which provides keen gardeners in the area with the know-how and resources to develop their organic farming skills. In doing so, it is widening the region’s network of sustainable producers and ultimately bolstering Greater Glasgow’s food system.

We couldn’t feature all of our Better Food Traders here. But you can click the links below to learn about our other amazing members that are doing their bit to instigate grassroots change. Find your local Trader and support them in demanding a better food system for all. And if you want to become a Better Food Trader, find out how here.

The big COP out on farming and agriculture