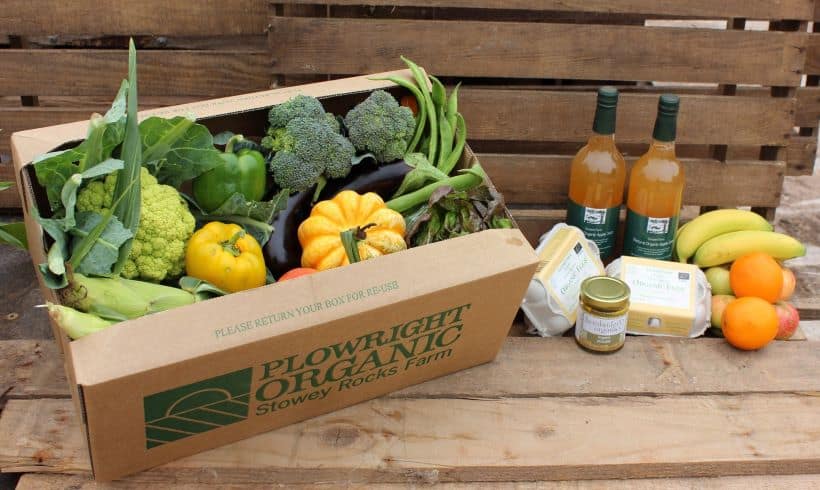 About Us
About Us

Plowright Organic are based at Stowey Rocks Farm, an 80 acre organic vegetable farm, situated at the foothills of the Quantock Hills in Somerset. They run an online shop and award winning box scheme.

Richard Plowright started growing organic vegetables in 2000, delivering just a handful of boxes to Goathurst, Enmore, Spaxton and Bridgwater. Remke joined him in 2003 and together they formed Plowright Organic. From there the box scheme grew, receiving second place in the ‘Organic box scheme of the year’ awards in 2004 and being named runner up in the Somerset Life ‘best organic product and trader’ award in 2006.

Richard and Remke moved to Stowey Rocks Farm in 2006, which allowed them to expand their growing area to about 25 acres per year. They continued growing vegetables for the veg box scheme and also began supplying wholesale markets.

“Growing organic vegetables is hard work and requires attention to detail,” says Richard, “but we would not want to grow them any other way. Our box scheme enables us to produce affordable organic food on a small scale, with less packaging and fewer food miles. Our goal has always been to develop a sustainable organic system that provides good quality seasonal vegetables to local people and in so doing, helps to re-make the connection between the land and people.”

All the land at Stowey Rocks is managed to organic standards and is certified organic by the Bristol based Soil Association Certification Ltd.

Richard and Remke strongly believe in the principles of organic agriculture as agreed by the International Federation of Organic Agriculture Movements (IFOAM) www.IFOAM.org. These principles cover a wide range of issues from social justice to animal welfare, environmental management and biodiversity. In organic farming, pests, diseases and weeds are managed rather than eradicated. Organic farming promotes healthy soils for healthy crops and healthy people.