9. Striving to change the bigger picture

A Better Food Trader is governed by 9 principles that ensure the food they sell is farmed sustainably, the way they trade is fair to farmers and transparent to customers. Principle 8 is striving to change the bigger picture to create both individual action and systematic change.

Supermarkets and the wider industrial food system have offered many UK citizens relative food security. Not only that, but they have given us access (and we have become accustomed to), a range of affordable, diverse, out of season and tasty goods.

Over the years supermarkets’ Corporate Social Responsibility (CSR) reporting has also improved. This has partly come about by pressuring companies to change practice through civil society campaigns, boycotts and consumer demand for more ethical products. Recent examples include Iceland’s palm oil free stance and Tesco’s move towards all cocoa in its UK own-brand products being Rainforest Alliance certified.

Although these improvements are great news on the surface, dig a little deeper, and the degraded foundations of supermarkets and the wider industrial food system are impossible to ignore.

Food is treated as a commodity, being traded on a global market that values financial profits and efficiency above all else, rather than feeding the global population with healthy food.

Supermarkets’ share of the food market has increased from less than 20% in 1960 to almost 90% today. While supermarkets may not have created it single-handed, their current model supports the drive towards a centralised and industrialised food system that provides some of us with plentiful, cheap food but at enormous cost to the environment and communities around the world.

Our current food system is unfair and unsustainable as highlighted by the following headlines:

‘The poorest 10% of UK households would need to spend 74% of their disposable income on food to meet the Eatwell Guide costs – the Government’s official healthy eating guide. This is compared to only 6% in the richest 10%. The Food Foundation 2019 Broken Plate Report’.

‘…mounting and worrying evidence that the biodiversity that underpins our food systems is disappearing – putting the future of our food, livelihoods, health and environment under severe threat’. FAO, 2019

If we are to feed everyone well in the future, we need to make some important choices about how we will do this. Part of this journey involves us thinking differently about our own role in society.

How can we act as food citizens rather than passive consumers or producers?

Calls for systemic solutions to our food system’s woes have come from people across all walks of society.

“When a system is as broke as the food system of the western world, it is no good tinkering around the edges. A radical new approach – or approaches – is required. A case is presented for moving towards farming and growing systems which are actively regenerative of environment and community.” Walter Lewis, Feeding Body and Soul.

‘…a concentrated focus on culture change and strong engagement by both direct suppliers and retailers’ is needed. 2017-18 Grocery Code Adjudicator report

“…if we want to create “business unusual”… It is no longer enough for one ministry to work in isolation. We have to empower governments to start to look at food and agriculture as something that needs to be addressed by public health civil servants, agricultural policymakers, water and environment ministries, and eventually planning and finance ministries. We are calling this a “food systems approach”. James Lomax, UN Environment Programme’s (UNEP)

But how do we go about changing it?

We have been supported to believe that we can change the world through ‘green consumerism,’ but can you really solve a problem using the same approach that caused the problem in the first place? By taking on the mantra of ‘change starts at home’ and putting pressure on individual choice do we run the risk of shifting responsibility away from governments and corporations?

The fate of this incredible planet does ultimately come down to how much stuff each of us consumes. But the majority of our impact is embedded in the systems that provide the basis of our society ie the infrastructure, power supply, economic model and worldviews that dictate how our energy, transport, agriculture, industry, housing, education and healthcare services work.

It seems there has to be a balance between the individual and the systemic. That means we need collective change that showcases genuine alternatives that can ripple out, reaching and influencing other communities and progressive governments around the world.

Over the last twenty years, Growing Communities, and now Better Food Traders have been utilising the collective buying power of their communities to shape the food and farming systems that feed us: providing organic and agroecological farmers with fair and sustainable routes to market, creating new and ethically based supply chains, championing an alternative approach that designs out waste and pollution, designs in environmental protection and community building while supporting plant-rich diets right from the start. It’s about creating a viable alternative to the current system that could aggregate and focus individual choices towards the systemic changes we were seeking. This model takes individual action and makes it into a model for genuine systemic change.

Your role in changing the bigger picture 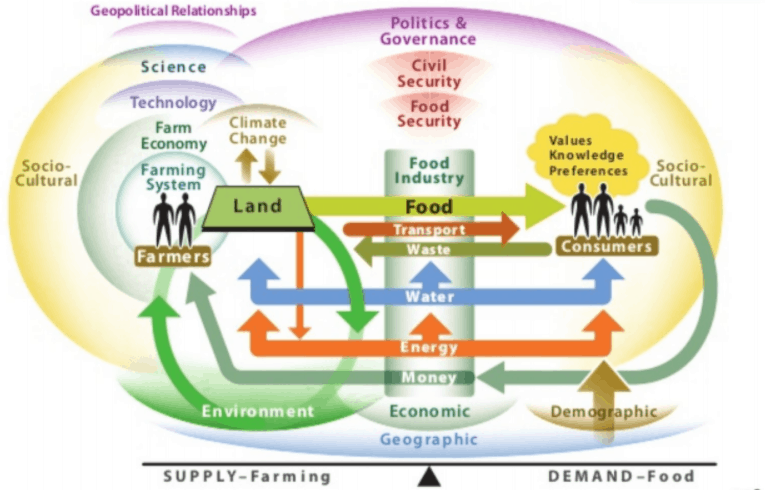